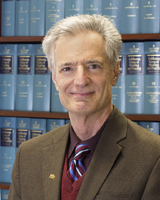 In practice for over 30 years, Samuel Rudolph has built up a successful practice in all areas of employment law. He has represented clients on claims of discrimination, harassment, retaliation, wage and hour issues, and wrongful termination. He has also opened his practice to mediation.   He has a passion for what he does, fights vigorously for the  rights of all of his clients, and has built a record of successful results through settlements, trial, and mediation.

Mr. Rudolph counsels and represents both employees and management. He will also mediate disputes both within and beyond the employment arena.

Since her admission to the California Bar in 2001, Kimberly
Carver has developed a successful practice with a focus on immigration law and employment issues. Her immigration practice includes assylum, adjustment of status, deportation defense, and numerous appearances in U.S. Immigration Court.

Ms. Carver has an extensive background in legal writing and research. She served as managing editor of the Los Angeles / San Francisco Daily Journal and as legal editor of the National Law Journal.